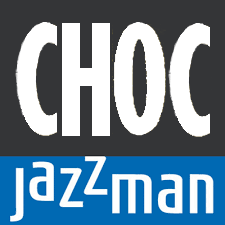 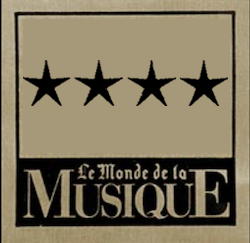 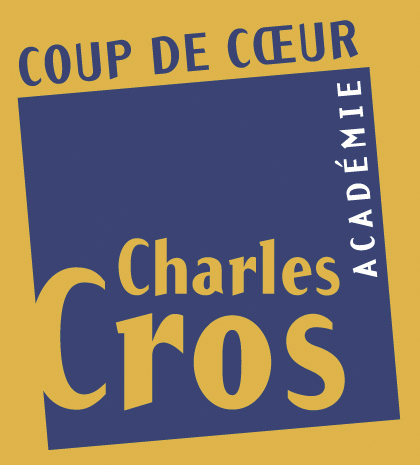 There is an epic quality to the writing which I tried to maintain in my performance that for me alludes to higher realms of eternity and immortality. The story of the Human Circle is full of high drama, framed with eternal hope and love of humanity. Words inevitably fail at these times, but the music speaks for itself.

The recording was sponsored by the Ministry of Cultural Heritage, the National Cultural Fund of Hungary, Erste Bank Hungary Rt. and the Artisjus Music Foundation

01 Last dance (Introduction – Last dance – Lament - The other side – Seven steps) 11:21
02 42 questions (River and ark – The hall – Judges – Fall) 7:40
03 Under judgement (Darkness – Alone – Admission) 10:05
04 In the beginning (First light – Decision – The beginning – First walk – The other side) 11:51
05 Mud (Dawn – Noon – Dusk) 9:41
Total time 51:49
In May 2001 the Hungarian Radio commissioned me to write a piece about 40 minutes long for the Budapest concert on May 19th 2002 of the EBU Big Band. For months on end I struggled to find inspiration for the basic theme of the piece. It was already May 2002 when one day I happened to find what I had been looking for. My wife’s grandfather, who spent the last five years of his life living with us, had passed away at the beginning of January, at the age of 94. On that same day, at the same time, it unexpectedly became clear that my wife was carrying our fourth child… Of course, this coincidence might lead one to jump to conclusions. Although I don’t think it’s that simple, it did get me thinking, and inspired me to write Human Circle – The Wayfarer.
The Wayfarer: a vision, a story that, perhaps, happens to all of us...

Those listeners familiar with my background would be aware that I record in a lot of different musical situations and ensembles. Though my original music is often used for the material, there are many occasions when I am invited as a featured guest to interpret someone else’s work. Such was the situation for me with this extended piece written by Kornél Fekete-Kovács to be performed with the Budapest Jazz Orchestra. The days I spent recording and performing with these musicians were filled with a warmth and generosity of feeling combined with the highest level of musicianship and passion. To be honest my expectations were high because of the great historical tradition that has emanated from Hungarian musical culture. Bartók is my all time favorite composer and to be more personal, one of my grandfathers came from Hungary in the early 1900s.

Listening to the results of what Kornél wrote and we recorded I received a grand feeling of humanity in its fullest glory, but in a very specific way. Often, a large scale piece of this sort paints a picture of tragedy and struggle, albeit usually consummated in a positive dénouement. Artists are very adept at depicting the more tragic aspects of life and of course these feelings are very real and true. But with Human Circle – The Wayfarer I feel something different – the glory of mankind, the accomplishments, the beauty soaring above the tragedy. There is an epic quality to the writing which I tried to maintain in my performance that for me alludes to higher realms of eternity and immortality. The story of the Human Circle is full of high drama, framed with eternal hope and love of humanity. Words inevitably fail at these times, but the music speaks for itself.

I am very proud to have been part of such a great project and I thank László, György, Kornél and the orchestra for their generosity of spirit and their incredible professionalism.

Special thanks to David Liebman for being here with us and helping to bring the piece to life. It has been a great honour for us all to have the chance to work with him. We would like to thank Péter Rozgonyi for his tirelessness and endurance. Many thanks also to Károly Friedrich for his help now and before, to Butch Lacy for the spirituality, and to the BJO staff: Ildikó Druzsbaczky, Csaba Dolowschiák and Ádám Janzó.

Extra special thanks to the Orchestra and Dave. To Gilda Németh for the idea and all her help. To all of our families for still believing in us and loving what we do.
I would like to thank my family, Zsuzsi, Kristóf, Benedek, Ambrus, Máté, Mother, Father, Zsóka and István.