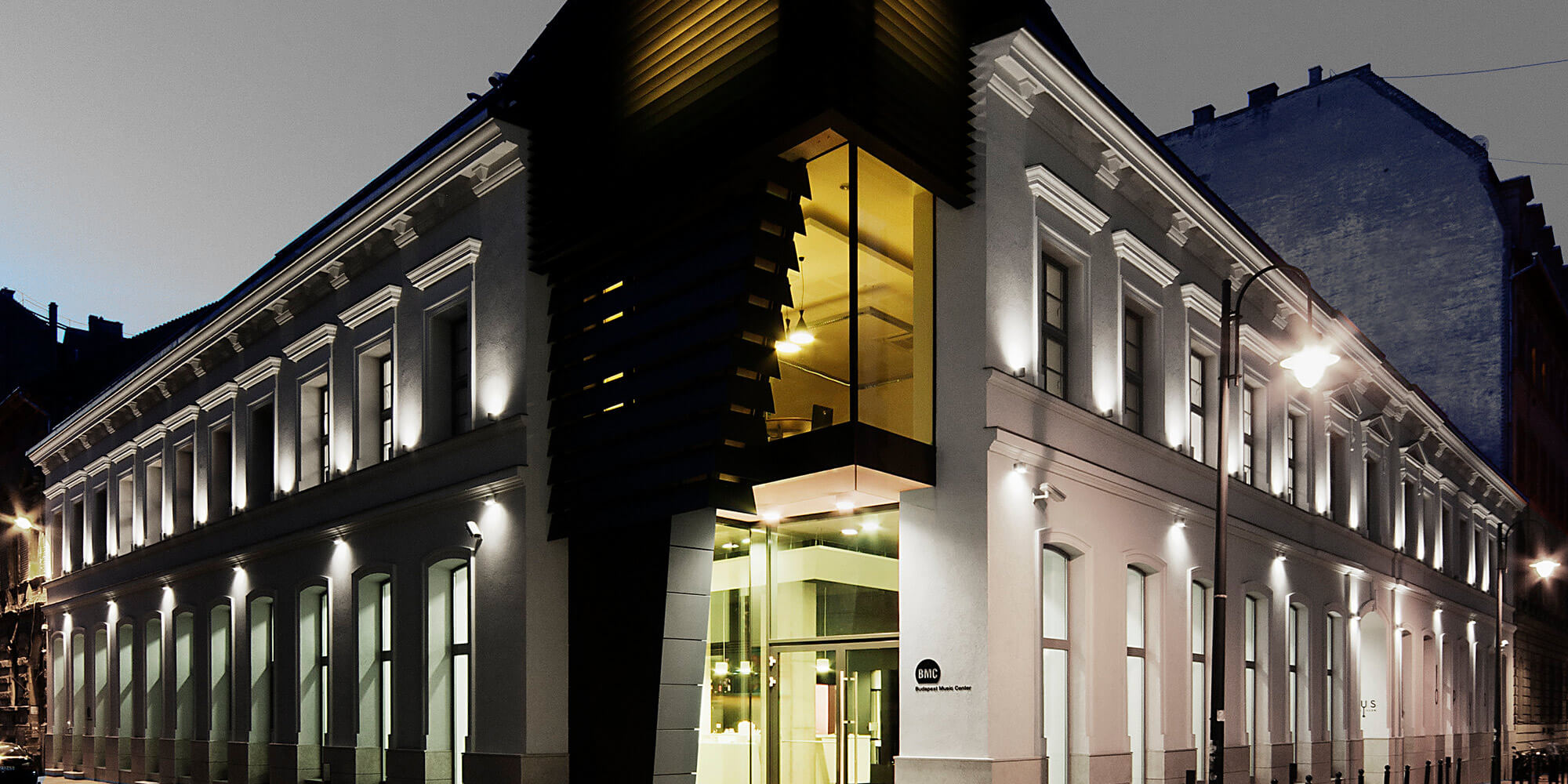 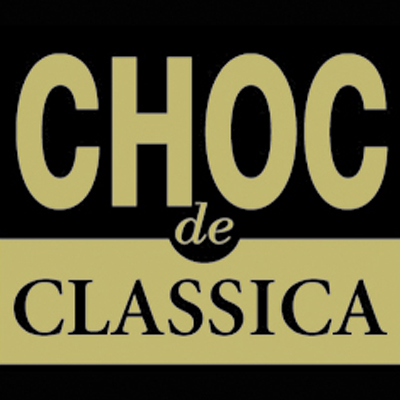 The music of Béla Bartók (1881–1945) is contemporary music – contemporary to us. This is the claim of three young men who have already proved separately that they are complete, universal musicians. Neither frontiers, nor unknown territories alarm them, if their inspiration or inner prompting happens to lead that particular way.

The recording was supported by the National Cultural Fund of Hungary

The music of Béla Bartók (1881–1945) is contemporary music – contemporary to us. This is the claim of three young men who have already proved separately that they are complete, universal musicians. Neither frontiers, nor unknown territories alarm them, if their inspiration or inner prompting happens to lead that particular way.

This isn't the kind of project that's planned by producers working with a marketing team and a listeners' focus group in a curtain-lined laboratory. Two good friends who live close to each other in Paris, who've been playing together for years, have long been talking and dreaming of this. They start to make music together, trying out themes and melodies. Bartók is their starting point, and improvisation, which to them is like air. Their ideas have long since been revolving around two axes. Starting from folksongs arranged by Bartók, the striking themes in the 44 Duos for Two Violins, and Mikrokosmos, they soon get a clear idea of where they want to go. They quickly decide two things: one, to involve another traditional acoustic instrument; two, to steer clear of the forms of American jazz and blues. Not, of course, because it is foreign to them, quite the opposite, but more of that later. The reason is rather that they can only preserve the authenticity of this world by keeping this distance. The violin, bass, and the cimbalom they chose as companion, the only chordal instrument, form a sound which, though not alien to the spirit of jazz, is all the more so to its musical material. Though one of the trio was French, another a France-based Hungarian, and the third Hungarian, when they got together from the first notes the three musicians were speaking the same language. It was for them a fantastic experience, to use the words of a Hungarian composer who died 72 years ago to form their own, contemporary sentences. Szandai's view is that the three of them are twenty-first century folk musicians, or rather, folk musicians that play the music of the 21st century.

However startlingly new the sound resulting from the trio's approach, Szandai's presence means we cannot overlook the important antecedents which, with a basis in jazz, extended Bartók's approach to the authentic into an improvisatory way of playing. The first Hungarian jazzman to draw attention to Bartók's ethics and aesthetics was György Szabados, who died in 2011. Mihály Dresch was one of those who, from Szabados’s workshop-lineup, beat a path that had a productive influence on his entire musical and artistic life. Many are of the opinion that Dresch has risen to become the leading soloist of Hungarian ethno jazz. For many years Szandai played bass in the terrifically energizing Dresch quartet, and was a creative participant in memorable CDs and concerts. Since he moved to Paris eight years ago, a whole string of jazz and improvisation groups have invited him, for instance Archie Shepp, who also lives there, asked him to play bass in his quartet. He encountered Shepp during the recording in 2002 of the epoch-making disc Hungarian Bebop (BMC CD 066), where Shepp was a guest of the Dresch Quartet. As well as the cream of the French jazz scene Szandai often played with American stars, including Chris Potter, Kurt Rosenwinkel, and Kenny Werner.

On this new recording Szandai has departed slighlty from the task of the walking bass: even when he plays pizzicato, he doesn't give a jazz feel to his part or the rhythm, and even less so when he uses the bow. One of the melodies from the Concerto for Orchestra swims up out of the mist over the ocean – quite entrancingly. As in so many other lineups, here too, ready to jump into action, he modestly provides the foundation, and with a strong, friendly hand binds together the other two string instruments, played with such fecund imagination.

The violinist Lévy Matthias invited Szandai to join his quartet in 2012. On this CD his violin sometimes has a tone as full-bodied as a viola, while elsewhere he willingly braves the odd vibrato – even at times when Hungarian violinists would perhaps be mindful of Bartók's puritanism and restrain themselves. When it comes to interpreting Bartók (and Kodály, etc.) the critics of the classical world are often considered the benchmark regarding the extent to which the performance in question (and through folksongs this is true for instrumentalists too, not just singers) is able to reproduce the dotted rhythms. For sure, knowledge of the Hungarian language can aid the performer in this. Well, thanks to his classical training, his immersion in the material, and his brilliant technique, Lévy's rhythm is perfect even without knowledge of Hungarian. He plays in a contemporary language formed on a Bartokian foundation, and does so at the highest level. Lévy's view is that as a practising improvising musician, Bartók is an indispensible source. He forms a bridge between the scholarly and authentic tradition, with which as a folksong collector he was able to very close contact. Lévy's intention with this trio is to take part in a creative process in which they create powerful, vigorous music that rises to the realm of the extraordinary.

At the age of 35, Lévy has won great respect for himself in the incredibly rich French jazz scene with his own trio and quartet, and as a partner with Emmanuel Bex, Grégory Privat, Gilles Naturel, Vincent Peirani, Adrien Moignard, Sébastien Giniaux, The Do, De La Soul, Catherine Ringer, Zaz, Anne Sila, Marc Lavoine, François Salques, and others. The success of his 'Hommage a Grappelli' series is shown by the fact that it was featured in the new French film about Django. Matthias, Matyás, and Miklós Lukács first performed the Bartók program on stage in May 2016 at the Hungarian Institute in Paris, then after other concerts in France they performed in the Opus Jazz Club in Budapest Music Center, which hosted the project.

Miklós Lukács also made a moving reference to the unchanging musical manifesto of the Concerto for Orchestra in his most recent solo disc – but there only to the song that begins Szép vagy, gyönyörű vagy, Magyarország, which became popular as a song with an irredentist text. (Though Bartók cast his sculpture from ductile material, it is incredible how rigid an emblem it has become over time.) The trio flashes fragments of the entire orchestral work, and then returns to the present in a free improvisation, unshackled from all constraint. What secrets can Bartók have known, that musicians born forty years after his death would draw on them, as from an inexhautible spring? Many improvisatory musicians have experienced a genuine bursting of emotional banks, as they take stock of this deep spring, now it is no longer protected by copyright. This is a huge responsibility, warns Szandai, and Lukács agrees, who like Szandai had classical training at the Ferenc Liszt Music Academy in Budapest: for him, unconditional respect for Bartók is an axiom. 'Ever since I can remember, Bartók's music has been with me, even when I'm not thinking about it', he says smiling. When he played Mikrokosmos as a student, he already decided to make arrangements: for instance, he has played the Allegro Barbaro with an ensemble of three (in one case, four) cimbaloms. Lukács is particularly pleased that in Lévy he has met a violinist who started out not from Grappelli's tradition, but from classical roots, but who is extremely receptive, and responds well to all that is new and fresh. Over the last two decades Miklós Lukács has continuously and repeatedly dazzled his listeners. On the one hand he is an important soloist for the conductor and composer Péter Eötvös, while on the other he is a mainstay of the Dresch Quartet mentioned above, and has recently joined Charles Lloyd's band. Lukács’s first own lineup included Szandai too, and he has a significant oeuvre as a composer, but Lukács is unique in the number of jazz and ethno bands he has enriched with his witty chords, his brilliant bridge passages, his generous accompaniment and his soloistic improvisation, in which he is able to parade all manner of beauty.