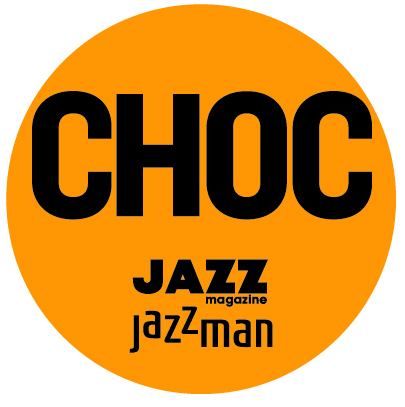 The personal and artistic affinity between Christophe Monniot and Emil Spanyi has been one of the driving forces of the Paris-Budapest connection since the 90s. Like all great partnerships in jazz, this one has already taken many fascinating forms...

This is c'est la vie

The personal and artistic affinity between Christophe Monniot and Emil Spanyi has been one of the driving forces of the Paris-Budapest connection since the 90s. Like all great partnerships in jazz, this one has already taken many fascinating forms.

In 2001 Monniot and Spanyi recorded their first combined endea-vour as Monio Mania (Princesse Fragile) and five years later came the second album of the group, Monio Mania 2, recorded in Budapest by BMC. In 2006, the two artists released a duo-album entitled Ozone SM for the Ames label. When Monniot led a large ensemble through his ambitious suite Vivaldi Universel, both on record and in a triumphant performance at the Jazzdor Strasbourg in 2009, Spanyi took a major role and proved an indispensable ally.

A few months earlier, the two partners formed a trio with drummer Joe Quitzke, a familiar name on several great BMC productions. After a long period of solitude composing his response to Vivaldi s Four Seasons, Christophe Monniot must have felt liberated as he travelled from Paris to Budapest to play with the trio and a surprise guest.

As you will notice from the first listening, the music on This is c'est la vie is as rich in details as his orchestral work, for example in the way the sounds of Monniot s alto, baritone and sopranino saxes blend with Spanyi s keyboard arsenal. Where the Vivaldi suite had a large number of voices woven into the music people talking about what s left of life on our tortured planet this time the songs have no words. But everything comes back on this album in contemporary forms and mutations. Hear how they conjure up the ghost of Harry Carney with a shot of Ayler in their version of Sophisticated Lady, or re-work an old tune like Poinciana, how Passion, the classic valse-musette by accordionist Tony Murena is free of all nostalgia. Ozone draw on many strands from a vast body of influences, with the entirety of cultural and musical baggage stacked before them. At a time where players either give themselves over to the lowest common denominator, 4/4 dullness, pre-fabricated sounds and what have you, or flee into a niche in their ivory tower of meaningless abstraction, This is c'est la vie breathes the air of real life, with its many colours, subtle layers and hidden dimensions.

Hearing the multitude of sounds bubbling out of Monniot s big and small horns I thought of Duke Ellington talking about beyond category. No wonder Luciano Berio wanted to write a concerto for Christophe s rarely heard sopranino just before he died. Monniot is the great snake-charmer just watch his body rhythm next time you see him on stage. Dig how he plays with his voice through his FX, taking us right back to Bloomdido Bad de Grass and the glorious days of Gong. If the Master Musicians of Jajouka ever looked for another gifted jazz player after their encounters with Ornette Coleman voila l homme! This is really my voice , he told me after he left the stage of a magical duo-encounter with Martial Solal in Offenburg 2009, and added laughing, ...comme un oiseau, like Bird!

Special mention must be made of the surprise guest here for whom I hope this great album may be an international breakthrough Miklos Lukacs, a true magician on cimbalom, which is one of the most Hungarian of all instruments, and seldom heard in a jazz context. Lukacs learned cimbalom from his father who played Gypsy music in restaurants, but wanted his son to take classical lessons instead. Miklos studied at the Bela Bartok Conservatory and the Liszt Academy, and it was only after completing his classical studies that he turned to jazz and folk music. When BMC sent me a stack of albums before my first trip to Budapest, Miklos was at the top of my list of players to meet and hear live. An outstanding, inventive musician and a very affable human being. The piano and the cimbalom come from the same family, says Miklos. But the way he adds things to Emil s keyboards or replaces a bass player is just miraculous. So take a deep breath of fresh Ozone from the banks of the Danube.